G-Sync and FreeSync technology improves the performance of a monitor (specially gaming monitor) by matching with graphics cards. Now, most of the PC monitors come with FreeSync or G-Sync, but we don’t know about sync technologies. AMD has created Freesync and G-sync by NVidia. Now, we’ll see:  Freesync vs G sync with detail explained.

The past decade has seen a lot of changes and improvements in the field of monitors and graphic cards. Their power was constantly on the rise, with the graphic cards increasing their performance in a matter of months. Monitors ‘followed’ them as well, but that’s where the biggest issues also arose. The monitors didn’t quite follow the graphic cards, especially with the frame rate, bringing to the stage screen tears and artifacts.

Since the beginning of the last decade, NVidia and AMD have been trying hard to deal with these problems, and new technologies have been introduced on the market. Most manufacturers were in close cooperation with the companies on different terms and made sure to provide the best screens in sync with the new graphic giants’ technologies.

Freesync is AMD’s graphic card and monitor frame rate and image performance technology that mainly synchronizes the monitor’s framerate with the GPU’s output, removing the tears when one frame starts drawing before the previous one is finished. It dramatically improves the experience with individual frame-graphic processing found in video games. In some video renderings, it’s giving a smoother impression, better and clearer frames, and no artifacts.

AMD has decided since day one to open-source their Freesync technology, and now any company can use it for free without paying to AMD. Freesync works on any 1.2 and higher DisplayPort interface and even on HDMI 1.4. While this greatly increases options and reduces the price of technology (the technology is already present at the manufacturer), the variability of performance is present with the tendency for the technology to work better on more expensive monitors. With that said, the main feature of Freesync is that it will work on most G sync certified monitors. 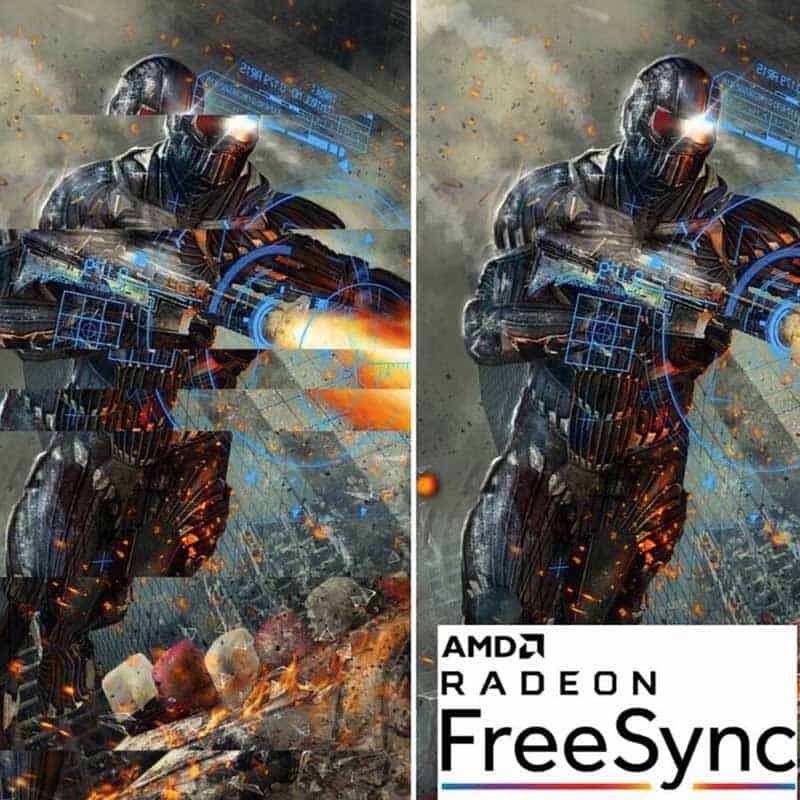 Freesync is an adaptive technology that synchronizes the frame rate of a monitor with the rendering rate of a GPU. With gaming being more advanced, it all puts stress on GPU and can’t always render frames at the same rate. Because of that, Freesync stops the monitor from drawing the next frame until GPU has rendered it completely. This prevents the mixing of frames on the screen, giving shredded frames and tearing artifacts. This is the main feature of both Freesync and G Sync so that the details will be counted in the AMD Freesync vs NVidia G Sync battle.

Because the technology is free and created on the existing technology monitor manufacturers use, Freesync is significantly less costly than its NVidia counterpart. It will support the synchronization from ‘only’ 48 frames on cheaper monitors, though, and with the more expensive monitors, it can go down to even below 30 frames. More expensive equipment will get blur reduction and LFC.

With more technology going out every day, AMD has released Freesync 2 that is compatible with high-resolution 4k HDR displays for high-quality imaging. It also works on virtually any display with the right adapter. The biggest drawbacks of Freesync is the variability in performance (not tweaked to perfection with every device), ghosting, and higher minimum framerate it can work with (usually 48 fps).

In the next chapter of the AMD Freesync vs g sync dilemma goes NVidia’s technology. Both technologies do basically the same, synching framerates of GPU and monitors. The biggest difference is the approach. While AMD tries to adapt its technology to as many devices as possible, giving it flexibility and less cost, NVidia goes in a different direction, carefully collaborating with manufacturers on every device model, demanding from them and the manufacturers to meet the high standards they’ve posed. With this, the work and flow between NVidia’s GPUs and the certified devices are better established – they try to get the components to work as best as possible.

With this said, the strain on the manufacturers is greater, so the price of the equipment is much higher with the guarantee that can’t always quickly proved that the performance is tip-top, life-like, smooth, and seamless. In all honesty, visual technology has reached the point where some people claim that there is a difference while others don’t see the difference. Of course, those who are geeky for the art of visual technology prefer these minor bonuses to the image quality over the price. 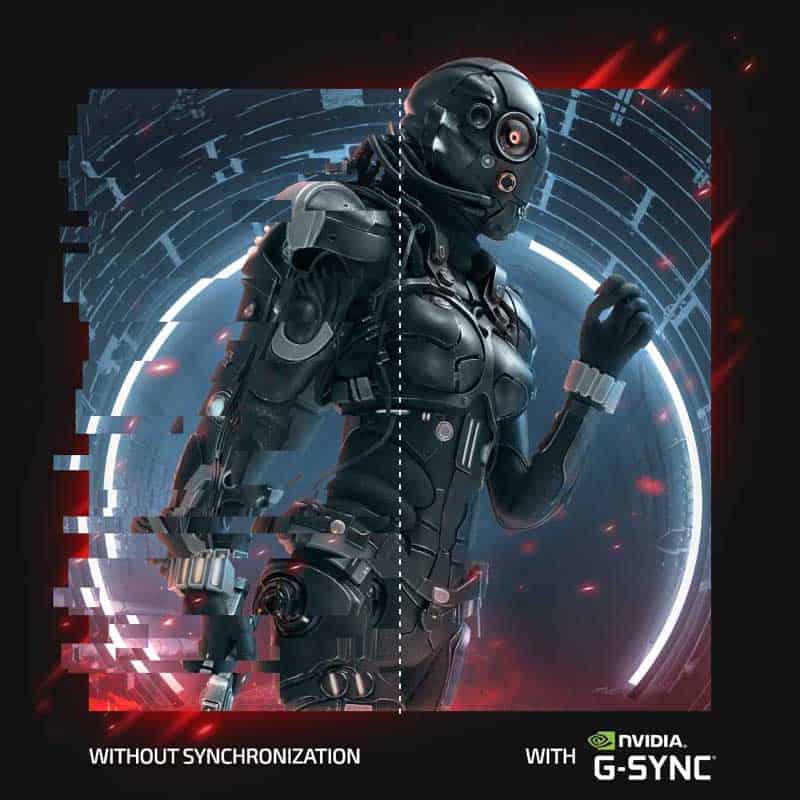 As with the previous technology, G sync works only with devices that are G sync certified. The company has provided the consumers with less leeway in equipment standard and performance, making it more reliable when it comes to what you can expect of it.

Most G sync tech, aside from the foundational frame synchronization, implements the LFC (low framerate compensation), blur reduction, and low input lag. With the better tweaking between the components comes better power management, removing ghosting (when the previous image stays over the next frame).

Low framerate compensation starts working when the framerate drops below 30. When that happens, instead of the monitor following the exact framerate, it doubles it, drawing two images in place of one, that removes the phantasmal blinking of the image because of Vertical Blanking Interval (VBI, that’s how the monitors know when to start drawing the next frame).

NVidia later issued G sync Ultimate technology that provides an R3 module, 4k 144Hz technology with HDR support to keep up with high-quality image standards. The company claims their HDR provides excellent experience with high-quality contrast and brightness manipulation and a higher variety of colors available on the devices, bringing them to the maximum of their ability.

Finally, with the time it takes to develop such a delicate and precisely adjusted technology, the number of choices a user has to achieve the premium quality is fairly limited and costly. Certain improvements can be made, though, by opting for gear that’s G sync compatible.

FreeSync vs G-Sync: Which Is the Best for HDR?

To finish with our AMD Freesync vs. G sync dilemma, we recommend you go even more in-depth to the topic of HDR and how the related technologies work in reality. If you want to enjoy content in HDR and not bang your head too much about it, you should know that either technology will actually serve your purpose. On the other hand, if you want to draw the best of the tech for you, you should know what you want, and the choice won’t be that hard. 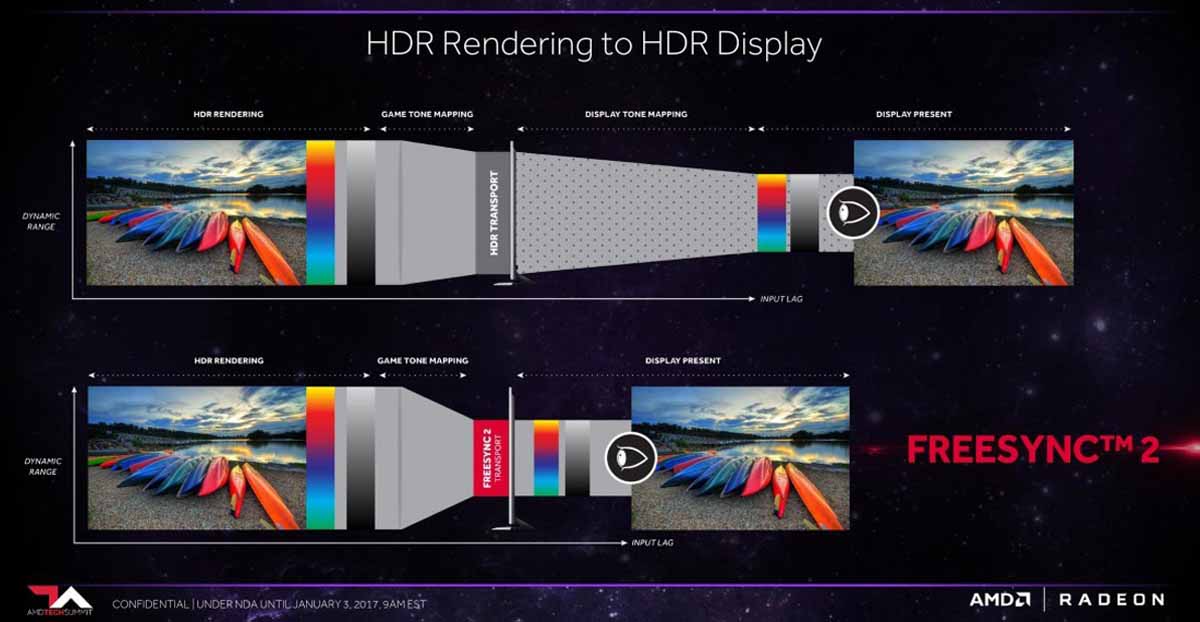 The first issue is the one-way compatibility with the technologies. While AMD GPUs (if you already have one or opt for one) can only work with Freesync technology, NVidia’s gear can be worked up to be compatible with both. On the other hand, as we said, there are basically two types of monitors available for G sync – G sync native, which bring the best performance, and G sync compatible, which improve the performance overall by fall off in framerate, blur, and especially in HDR and high image quality features.

The other hand is the area of use of HDR. Gaming has seen the rise of HDR content, yet it is still to be developed fully. It might take time, and you’ll might already want to buy a new GPU. Overall, it is said that NVidia’s technology in full on gear-up will outrun AMD’s versatility in performance, especially in HDR.

With the better tweaking in power management, NVidia’s G sync Ultimate should theoretically provide better performance on 144Hz, 4k, extended color HDR. However, with careful choosing and a little work, AMD’s Freesync can also meet NVidia’s performance, at least reach close to it, for a bit of money, yet still cheaper than NVidia. The problem with this is the amount of choice we’ve got and even little experience on how the technology works on particular devices.

It is also essential to state that both technologies mainly affect the frames, for that was their purpose in the first place. The HDR compatibility has come later, and the technology is still in development, the content also. For this reason, it is also important to mind the future – something new will definitely come up, and both companies might surprise us. 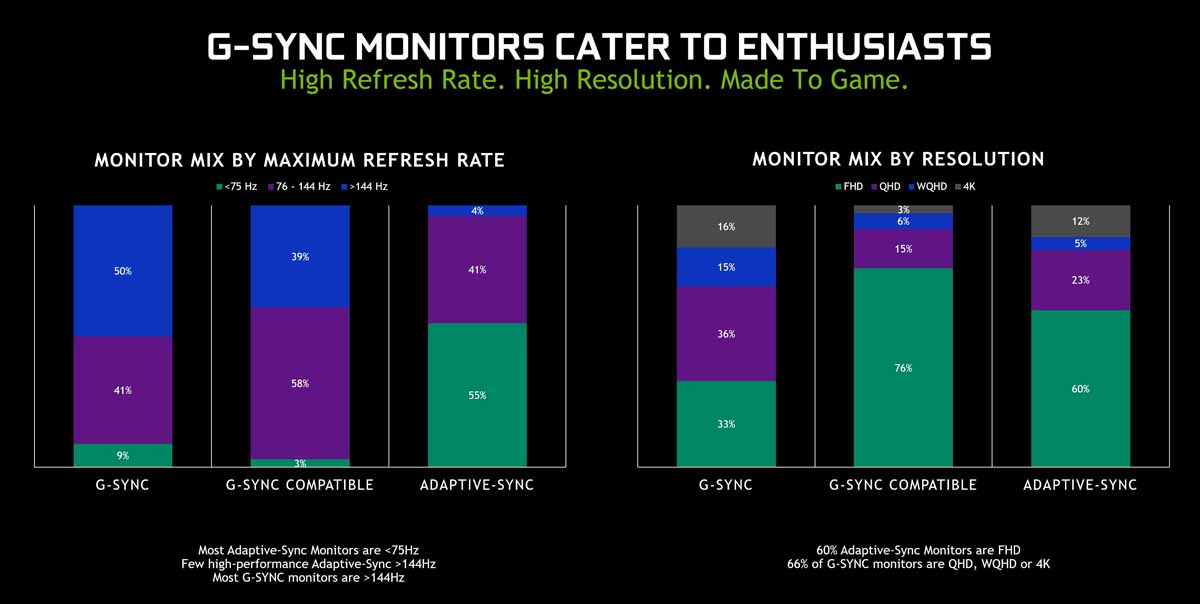 With their strategies already mentioned, we can expect the same from both of them. NVidia will probably come up with improvements first, keeping the quality, because that’s what they do. This means investing in some NVidia compatible equipment can be an investment for the future. In the same vein, AMD will eventually keep up with NVidia because they have to, probably not as perfect (but they might surprise us), but cheaper in the long run and for further investments.

To sum it up

Is Freesync or G sync better for HDR? Well, the technologies will be with minimal differences to most users. The most significant difference will be felt by those who are the most sensitive to visual stimuli and have a trained eye, and for those, NVidia’s G sync carries away the cup by a strand of hair.

The cost of quality is felt economically and in the number of choices for the equipment. AMD’s Freesync proudly follows with the HDR quality almost up to par on more expensive devices, with the choice for those who’d want to see improvement on something less costly and who want their options more open for the future.

Acer Predator X34 Review: The Best Curved Display or Not?

How To Check FPS and Ping In PUBG...

How To Boost PUBG FPS For Improved Performance

IPS vs TN vs VA Displays: Which Are...

How to Overclock Your Monitor for Higher Refresh...

What Is Monitor Ghosting: How to Fix and...

Monitor Shuts Off When Playing Games: How to...

How to Connect an Xbox One to a...