If you have been eyeing an ASUS ROG Swift monitor, you might be facing a hard time choosing which monitor you should go for. While the new PG279Q and PG279QZ are on the loose, and not to forget, both of them are budget-friendly with mind-boggling features, the fight between the two beasts is the hottest topic now. So yes, it’s ASUS PG279Q vs PG279QZ  all over the internet now. But you need to choose either one, right?

Please leave it to us to break down all the features and benefits of each one. However, we can promise that after reading this, you’ll be able to make an informed choice. So, let’s get started.

We would have loved it if companies had easy-to-understand naming schemes. That would save a lot of headaches for buyers and reviewers like us. But here we are. 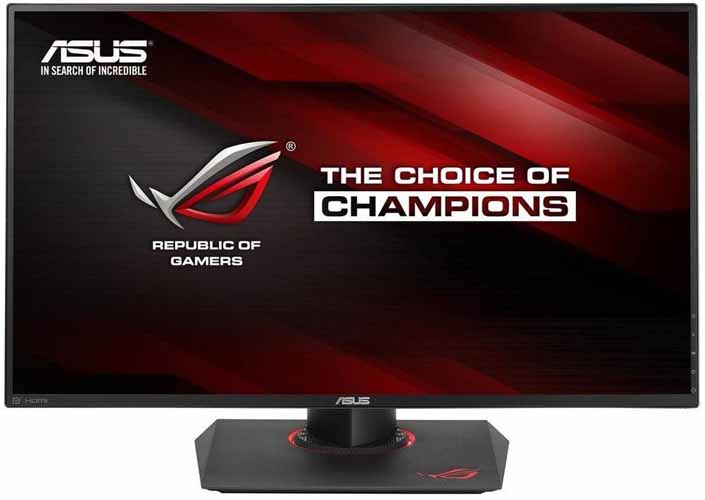 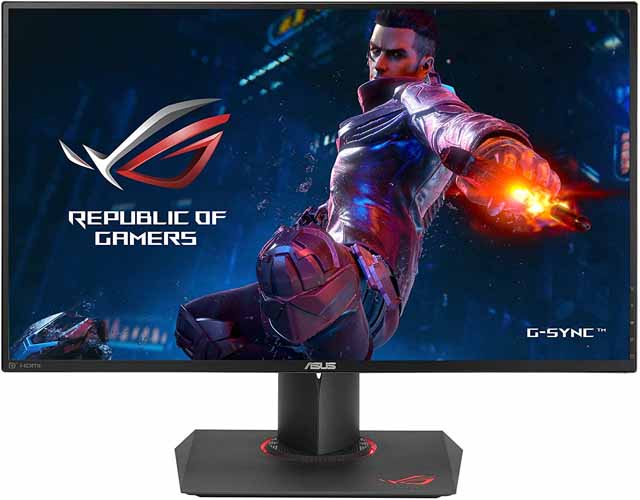 Let’s give you a brief answer to why these are named so similarly and are different products. The PG279QZ is the newer model of the PG279Q with a few tweaks and minor improvements here and there.  That’s all there is to it. A bit anticlimactic. Yes, we know.

The ASUS ROG Swift PG279Q 27″ Gaming Monitor is the perfect addition to any gaming PC setup. With a WQHD (2560×1440) IPS panel and a 165Hz refresh rate, this monitor delivers incredibly life-like images that will make you feel like you’re right in the middle of the action.

The thin bezel design also allows for more screen real estate, making it the perfect choice for gamers who want the best possible gaming experience. And with NVIDIA G SYNC technology and ASUS Eye Care technology, you can enjoy marathon gaming sessions without having to worry about eye fatigue or discomfort.

You already know that the PG279QZ is the newer model of the PG279Q. Just because something is newer doesn’t necessarily make it the better buy, though. So, how do these differ, and which areas are the later model better than the older one?

Speaking of a good viewing experience, both the PG279Q and the PG279QZ are IPS monitors. IPS stands for In-Place Switching. They’re great for enjoying visual content as they give you better picture quality compared to TN panels or VA panels.

The picture will be crisp as well, thanks to the high resolution. QHD is the name of the game here. With a resolution of 2560×1440, every image will be as sharp as ever. Again, the PG279QZ does win slightly here when it comes to the horizontal and vertical viewing angles.

We also would like to mention that the PG279QZ has light bleeding issues around the edges. This is because the backlight on it is from the edge, unlike the direct backlight on the PG279Q.

Feature-wise, these two are neck and neck. Both support high refresh rates. You can get these up to 165Hz, which is, of course, better than some 144Hz monitors from the same brand.

The pixel response time isn’t that impressive since it’s 4ms gray to gray. That’s a slight bummer. However, it shouldn’t be too much of a problem.

Both have Asus’s Eye Care technology that reduces the blue light coming from the display. It will help you reduce eye fatigue and is generally better for you.

Gamers will appreciate the G Sync compatibility. With this, you basically get buttery smooth gameplay, which eliminates any stutter or screen tearing. What you’re left with is a smooth and well-running gaming experience.

For fast-paced games like multiplayer shooters, this will be a great thing to have. But do note G Sync will only work with Nvidia graphics cards. If you happen to have an AMD card, you’re sort of out of luck here.

The onscreen controls are good on both – they’re very similar, actually, so there is no issue there.

While the picture quality is the most important factor when buying a monitor, the design matters. You won’t see the screen till the monitor is turned on. But the physical design of the monitor will always be there.

The PG279Q wasn’t a bad-looking monitor by any means. It had sleek lines and an aggressive look at the back. The bezels were small too. That’s good news for you since the newer PG279QZ takes this winning formula and improves on it a bit. The newer monitor has a very similar design but is lighter.

It makes it easier if you need to carry the monitor when changing your setup, for example. If you have the stand on, PG279Q weighs just about 15.7 lbs, and the PG279QZ comes in a bit lighter at 15.2 lbs.

Both support the same VESA mounting options, though, which is VES 100 x 100. We notice that the borders on the newer model are a bit thicker than the old one. But honestly, they’re both relatively small and won’t come in the way of a good viewing experience.

I/O and connectivity are the same on both models. You have to understand both of these are the same other than the fact that the PG279QZ is a bit newer, that’s all. At the back, you get HDMI and DisplayPort, a 3.5mm audio jack, and also 2 USB 3.0 ports. If you’re choosing between PG279QZ vs PG279Q, connectivity and I/O won’t really matter.

What is the difference between PG279Q and PG279QZ?

The PG279QZ is a newer, improved model of the PG279Q. The QZ model has a built-in overclocking feature that allows the user to increase the refresh rate to 165Hz, while the PG279Q does not. This can be important for gaming, as it can help reduce input lag and make the gameplay experience smoother.

The PG279QZ has a curved screen, while the PG279Q does not. The PG279QZ also has a few other improvements, such as a higher refresh rate and a USB-C port.

Asus PG279Q is a monitor that has been around for a while, and some people wonder if it is still a good option. This monitor has great features, including a high refresh rate and a wide viewing angle. It is also very affordable, making it an excellent choice for budget-minded buyers.

Time to declare a winner then. It isn’t as easy as you might think it is. Both of these are fantastic monitors. Whether you’re gaming or binging on a show on Netflix, you won’t regret going for either one of these.

However, in this Asus PG279Q vs PG279QZ head-to-head, PG279QZ takes the win slightly for its picture quality and lighter design. If you already own the PG279Q and are thinking of getting the newer one, don’t. It’s still a great monitor for what it is, and you won’t see much of a difference with the newer one.